I've been sent a number of images of covers which may be of interest to readers, while I sort out what of mine to show first.

RW has sent some more registered postal stationery envelopes which he picked up in the 1970's, both of which refelct an absence of the normal Registered Label.

The first is from a sub-office in Barrow-in-Furness, and has a manuscript 'Barrow 9' on a 'mute' label with the roll number of 13.  These labels are most often seen used from Field Post Offices, where the FPO datestamp is used in the blank area - which must be why the label is larger than regular ones. 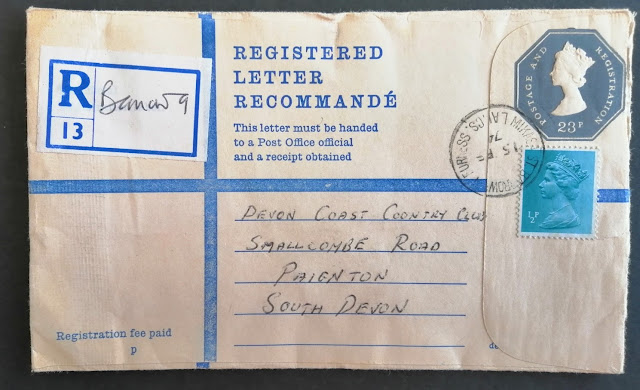 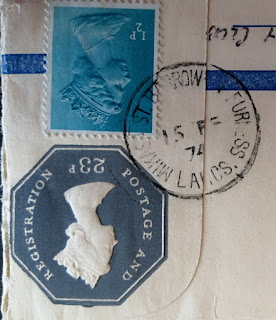 Incidentally this is a good example of the solo use of a ½p stamp used to make-up the (20+3p) 23p envelope after the 1st class letter rate increase.

The second cover shows a civilian use copying the FPO use for a mute label, used at Bolton and Bury 30 Jan 79 - possibly the sorting office as it shows both place-names.  If it were a sub-office or even a head post office, one would expect the counter date-stamp to be used. 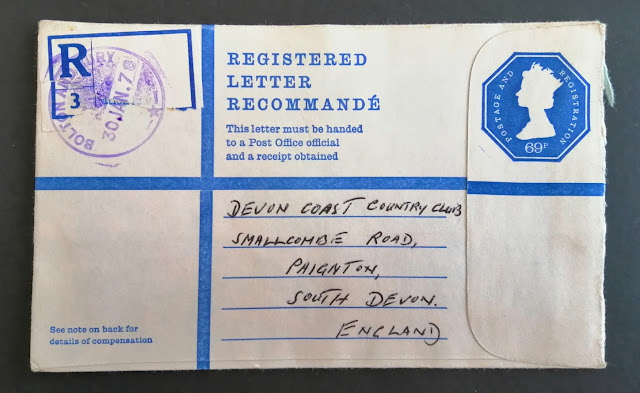 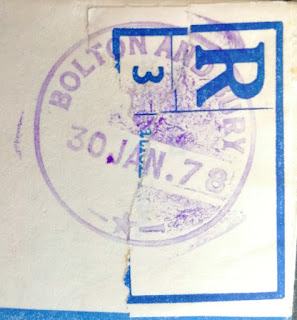 Both these are examples of postal history which will be of especial interest to collectors in or studying the area - 'County' societies and study groups exist.  If you saved this sort of thing and no longer want it, they are the people who might be interested.

If these were short-lived situations it is quite possible that they went unnoticed locally at the time, and providing this cover will add to the body of postal history and philatelic knowledge for that area.

UPDATE 17 February 2021.  My thanks to MikeM for sending a part cover from the Isle of Wight. Unfortunately the stamp and date part is missing, but the label is endorsed 'Shanklin 3'.   Mike thinks this dates from after 1959 based on the text on the reverse. 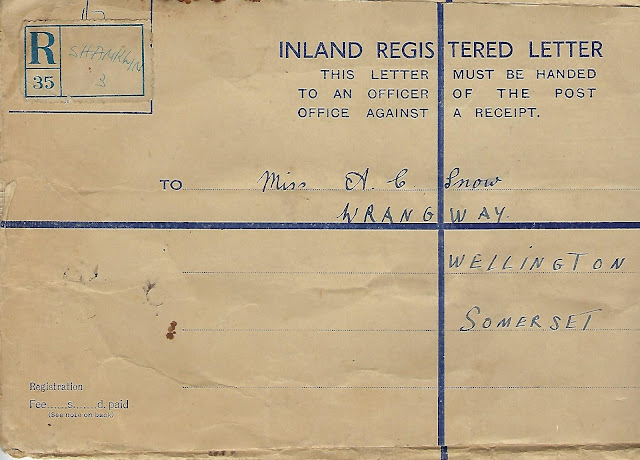