On 16 September 1968, in an attempt to give them greater flexibility in moving the mail by holding some back for later processing, the Post Office introduced 'Two Tier Post'. First class post would have a target of next-day delivery, while 2nd class would be delivered in 2-3 days, depending on location and volumes. Because most business mail entered the mailstream late in the day, it made sense to segregate out the less urgent and hold it over for processing when there was less volume entering the system. The printed paper and postcard rates were abolished at this time. 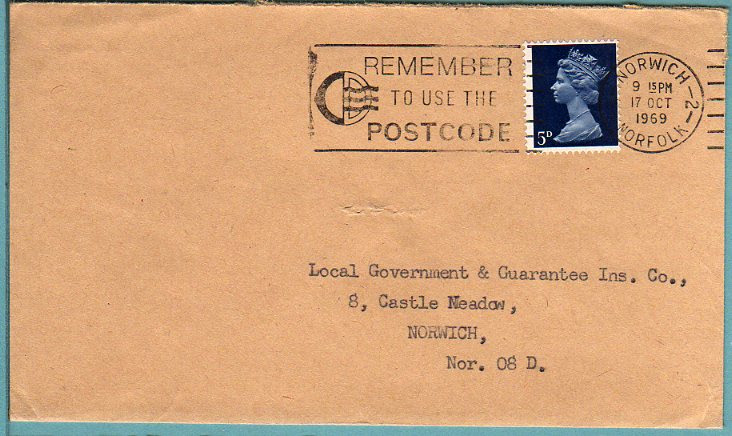 The regional stamps were issued before the new system started, on 4.9.68. These continued with the existing Wilding designs.

Wales 5d regional postmarked Chester 2 June 1970. Some north Wales POs were supplied from Chester, and some north Wales mail was taken to Chester for sorting and postmarking. 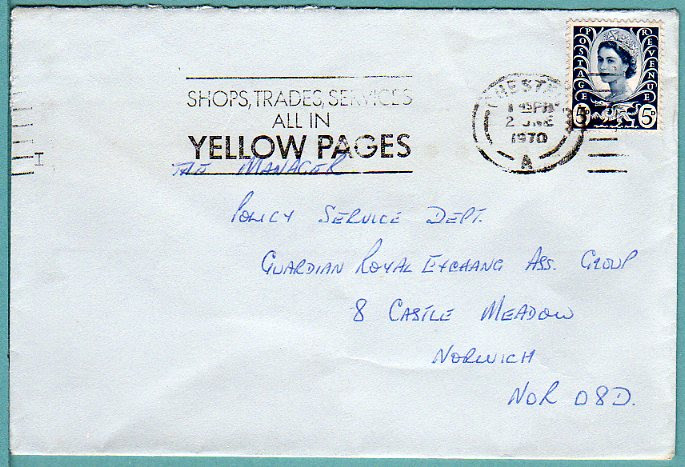 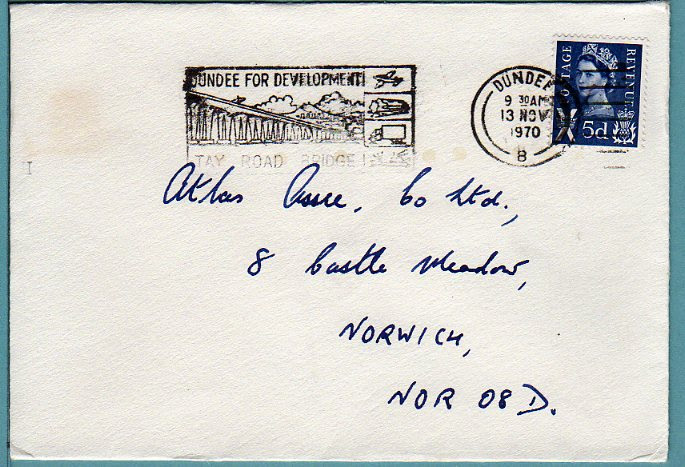 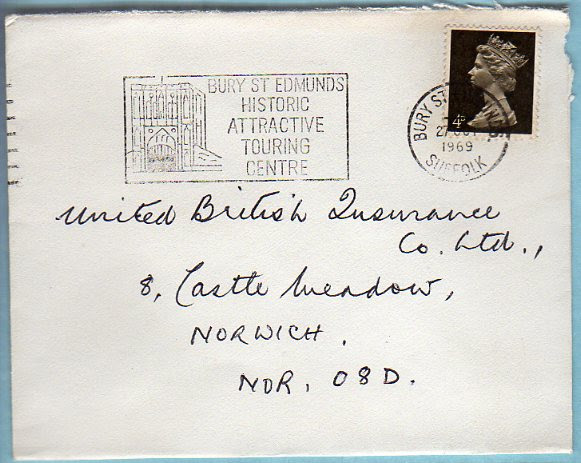 4d brown (2 phosphor bands) with two ½d Machins to make the 5d rate on day one of the new system: 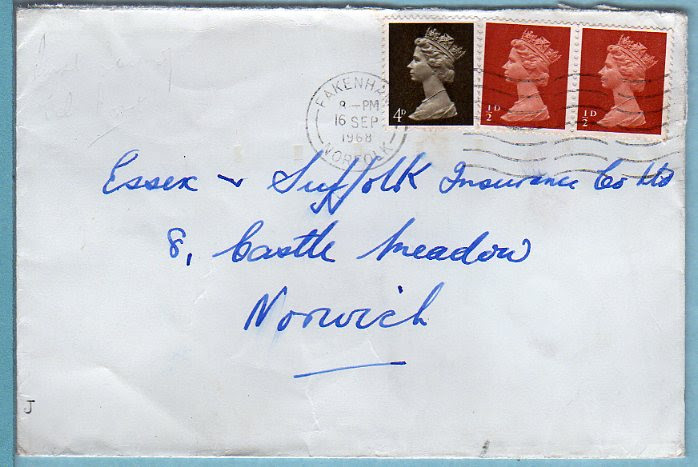